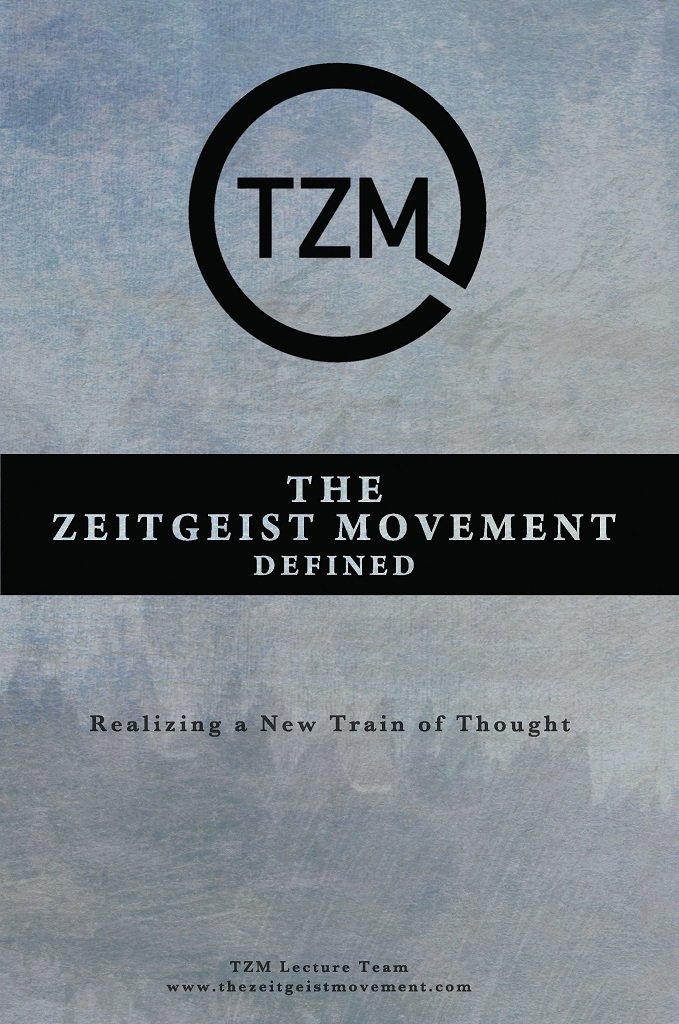 The essay-style collection known as TZM Defined, describing the tenets and understandings of
The Zeitgeist Movement.

This tediously sourced and highly detailed work argues for a large-scale change in human culture, specifically in the context of economic practice. The dominant theme is that the current socioeconomic system governing the world at this time has severe structural flaws, born out of primitive economic and sociological assumptions originating in our early history, where the inherent severity of these flaws went largely unnoticed.

However, in the early 21st century, these problems have risen prominently, taking the consequential form of increasing social destabilization and ongoing environmental collapse. Yet, this text is not simply about explaining such problems and their root causality - It is also about posing concrete solutions, coupled with a new perspective on social/environmental sustainability and efficiency which, in concert with the tremendous possibility of modern technology and a phenomenon known as ephemeralization, reveals humanity's current capacity to create an abundant, post-scarcity reality.